Did you ever think there’s a place on Earth that is totally pink? We’ve all heard of some mysterious pink lakes frequented by flamingos, but we’ve always thought places like these were hidden in remote tropical locations that are really hard to get. Well, it turns out there’s a whimsical place that has all hues of bubblegum pink and it’s not in some remote part of the world – it’s in France!

Photographer Paolo Pettigiani is famous for his ethereal works in infrared colours. Yet for his new photo series called Dunaliella salina he didn’t need any special equipment or post-production – all the beautiful surreal pink hues on his photos are completely natural! The salt lines in the Camargue region of France are well-known for their beautiful pink colour. Salin d'Aigues-Mortes owes its whimsical colouring to micro-algae Dunaliella salina, hence the name of the artist’s photo series.

It’s not so easy to find such a beautiful salt field not only in Europe but in the rest of the world as well. Salt fields aren’t that rare, but it’s difficult to find the one that would have such perfect colours and a mix of simple, yet striking lines. Paolo Pettigiani considers himself very lucky to have found this magical place!

The artist is a huge fan of Mother Nature and believes that through his work he can convey all those special feelings of amazement that he feels himself when he looks at stunning sceneries. Usually, he uses infrared techniques to create his photos, but this time he didn’t have to alter the images in any way. Mother Nature presented him with an ethereal beauty that was truly unmatched! 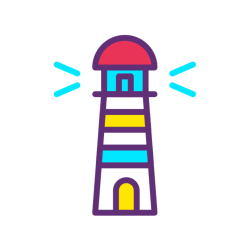